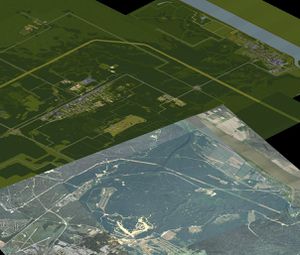 Map of Project Zomboid overlayed on top of the real world photos of the area. (click for a bigger version) 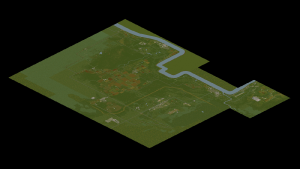 A picture of the in-game Knox County map.(click to enlarge)

'Thanks to the efforts of Blindcoder, a complete and fully interactive map can be found here: http://pzmap.crash-override.net/ 'You can help him expand it here: http://theindiestone.com/forums/index.php/topic/78-project-zomboid-map-project/'

Knox County is an area in southeastern Kentucky, USA where Project Zomboid is set. It takes place within the cities of Muldraugh, West Point, the Valley Station, Dixie and surrounding countryside as well as the soon to be added Louisville, Brandenburg and Fort Knox. Currently the map consists of those towns of Muldraugh, West Point, the Valley Station and Dixie, with a vast but almost completely unfinished world around it. The 0.29.17 version of Mauldraugh is 8 map cells, whereas the entire 0.2.0 version map fit in one cell. The map is heavily inspired by the real towns of Muldraugh and West Point.

Future locations will include Louisville, Brandenburg and Fort Knox along with countless areas of forest, small towns and farms. 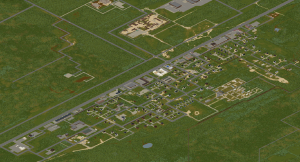 Picture of the in-game map of Muldraugh.(click to enlarge) 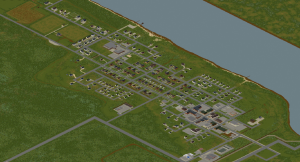 West point in terms of size, is smaller than Muldraugh. However, it has a larger population and a population density than Muldraugh so enemies are clumped in larger packs. The houses are closer to each other as well.

A picture of the in-game map of the Valley Station. (click to enlarge)