This article is about Project Zomboid's planned features. For features that are confirmed and in development, see upcoming versions.

This is the place to find all potential future features that the developers have spoken publicly about adding to Project Zomboid. To see a list of what has been added to the game please check the version history page.

Note: massive credit goes to Darkcenturi for starting this list off with a massive amount of forum detective work! Some of the reference links may be broken since the forum moved mid-2013. The source post of such links has been recovered and can be found here. 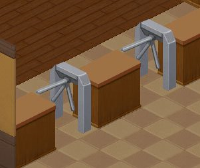 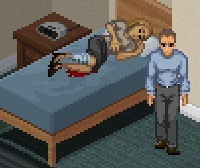 Baldspot and Kate as they appeared before their removal post 0.2.0r.