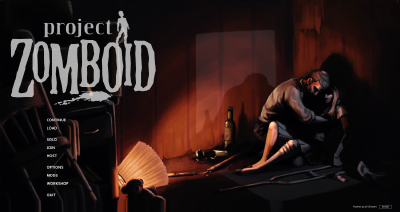 There are a number of different games modes available in Project Zomboid. The list of game modes below is correct as of the release of build 41. In all modes, death is final. After dying, one may continue the game on the same map, but only after loading with a new character.

This is a short introduction on a small map to introduce new players to the controls and user interface. This is a preset scenario with no settings or options to choose.
The tutorial covers the basics of:

It also teaches the player about yelling: A mechanic that allows you to draw zombies to your location, which is how the tutorial ends as the game tricks you into pressing Q in order to draw a horde of zombies to your location, which will proceed to kill you and end the tutorial. Whilst it is possible to flee from the horde and lose them in the trees, there is no way to get through the fencing around the tutorial map and only a limited supply of food, so death is inevitable.

Each scenario below offers their own, unique set of difficulties or obstacles to overcome when starting out in the world.

"Powerful combat. Longer lifespan. A challenging playstyle based on PZ's previous Survival mode." Likes a challenge, with more focus on combat familiar to players of earlier builds. Survivor mode weakens zombies by lowering their strength and preventing them from dragging down players. Survivor mode strengthens players by decreasing rear vulnerability, and allowing for weapons to hit multiple zombies in a single swing.

"Construction, Exploration and Farming focus. A more relaxed experience." Likes a more relaxing experience of building, looting and farming, and less zombie focus. There are far fewer zombies, with a population 20% of the standard. These zombies are also substantially weaker with weakened senses, decreased strength and toughness, and no drag down ability. To make up for the weaker zombies, almost all loot is more rare, except food, and player stats and clothing degrade faster, requiring more materials to keep the character afloat.

Custom sandbox allows the player to adjust the game settings to the way they like. After choosing a starting location, the player can choose their own options, or choose a preset to customise. In the Saved Presets box at the bottom, each default option is the same settings used in the default game modes. This includes default options since removed from the standard playstyle options.

*NOTE: the Character options have a set default 'difficulty' for each preset*

These playstyles have been removed from the game as standard starting options as of Build 41. They can still be accessed by selecting their Saved Presets options by first selecting Custom Sandbox

Starting Date: 9th July 1993
This is the recommended zomboid experience, the way the devs intended it to be played. Starting Conditions are locked on Hardcore. Doors are frequently locked and house alarms are common, forcing the player to keep on the move. Strong, tough and basic navigation make these zombies a serious threat, they're nothing like the previously encountered ones. Water and Electricity will shut off in under 30 days, requiring the player to quickly find some sustainability. This is the hardcore experience, survival is highly unlikely.

Starting Date: 9th July 1993
This is a non-canon gamemode designed to act as a training scenario for new Survivors. This should be the next step for new players after completing the Tutorial. Zombies are recently infected with reduced senses and limited migration. Water and Electricity will shut off after 6-12 in-game months. Resources are in abundance. The player will get a hang of the game mechanics without being overrun or starved.

Starting Date: 9th July 1993
This game mode is intended for casual player, starting from a week after the infection began. There is a moderate horde size, since the zombies have had some time to turn. They will quickly shamble towards anything that catches their attention, however with reduced senses. Water and Electricity will shut off after 2-6 in-game months. Houses are unlooted. The player will experience what it was like in Knox Country from the early stages of the plague.

Starting Date: 9th December 1993
This game mode is not for the faint of heart - for experienced survivors only. After 6 months, very few survivors remain with a large horde of zombies scattered throughout the landscape - this is how it ends. They've had a lot of time to develop their senses and will hear, see or smell anything that gets too close. The Water and Electricity has been shut off for a while and the cities are all overgrown. All the houses have been picked clean, making it very difficult to find anything of any use. It'll be a real struggle to get any kind of foundation set up this late into the apocalypse.

There are currently 10 challenges, particularly hard encounters set in their own maps. 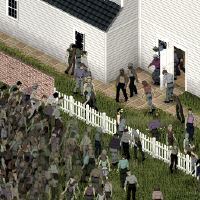 Main article: You Have One Day (challenge) 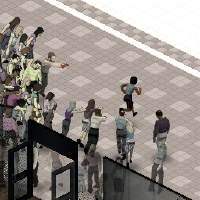 The Mall is surrounded. Once upon a time, it was an important place in their lives. Instinct has led them to its doors. A memory of what they used to do...

You are alone, but not for long. At 9AM the Mall will be ready for business: doors will open, and the hordes will enter.

Be ready for them.

Note: This challenge was removed from the later builds of the game such as build 41+. It can be brought back to the game by installing Return of Opening Hours Challenge mod. 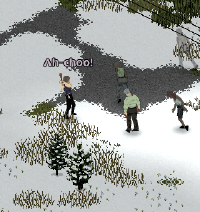 It's mid-July, but suddenly there's a chill on the breeze. In a mere three days' time a winter will set in like no other before it.

You awake in an isolated location. You have meagre supplies, and the undead hordes might be slowed by the intense cold - but they are no less deadly.

House In The Woods - Last Stand 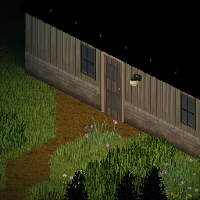 4. House In The Woods - Last Stand

You can hear them approaching. Hordes of deadheads, encroaching on your isolated cabin from every angle. Death is inevitable, but a shotgun is close-at-hand. 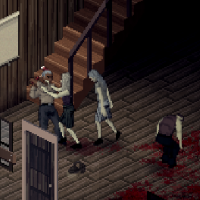 Another day, another cabin ready to be bloodied. The hordes are upon you, and your death will be as painful as it is gruesome. So go out fighting... Last Stand – Accumulator features endless waves of zombies in ever-increasing numbers. Use money earned by killing zeds to buy equipment, level up and repair your blood-soaked weaponry. 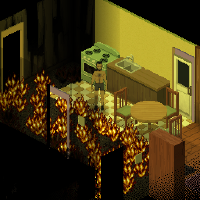 You get out of the shower and fall badly. You're blind drunk, and have a nasty cold.

Trivia: The name comes from a play on words referencing A Really Bad Day from the game Cataclysm: Dark Days Ahead, and is read as A Really Seedy Day. 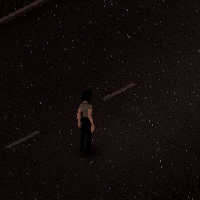 7. A Storm Is Coming

As skies darken, the dead that stumble over the earth grow restless. 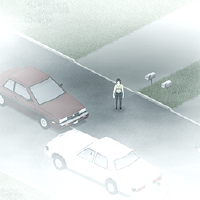 People first saw it on the water. A faint white blanket over the Ohio river.

Unseen, unheard and relentless in the pursuit of the living. 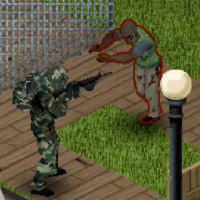 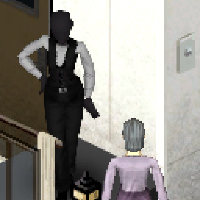